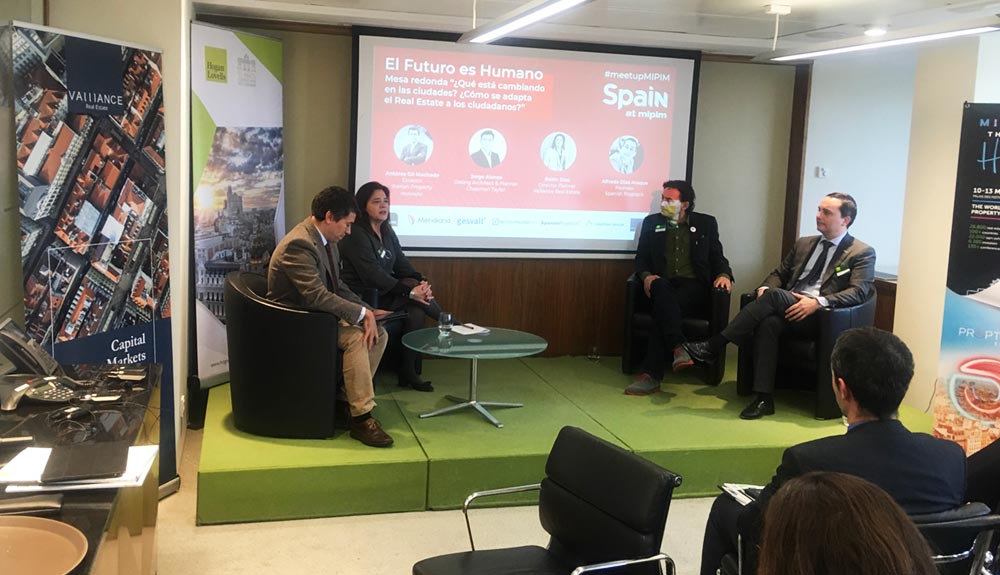 On November 27, Meridiana organised a conference with the aim of discussing the future of cities and how the role of citizens can have an impact.

The work session started with the intervention of the Director of Operations of Gesvalt, Mercedes de Miguel, who made an analysis on the trends in real estate.

Afterwards, our general director, Belén Díaz, participated as a speaker in the round table moderated by Antonio Gil Machado, Director of Iberian Property, together with Alfredo Díaz-Araque, Online Channels Manager of BNP Paribas, and Jorge Alonso Rodríguez, Design Architect & Planner of Chapman Taylor.

In this section, the changes that are taking place in the cities and the impact on their inhabitants were discussed. Among the topics discussed, they highlighted the type of investment in large cities and new urban projects.

Belén Díaz explained that, due to the migration of the population to the cities, real estate products have been transformed, which has led to the emergence of new models such as coworking and coliving, and demand for logistics products for the needs of e-commerce and the merger of uses of retail spaces integrated in the city.

In addition to the above, changes in uses, property rehabilitations and expansion of the cities due to the new habits of life must also be considered.

Other topics discussed were: the impact of technology on the new city model, the future of cities in economic terms, Spain on the international scene and the impact of Brexit on our market, among others.